Locksmith Near Me of Hampton, Virginia News and Information

Local Service ProvidersLocksmith Near Me of Hampton, VirginiaNews and ArticlesAutomotive LocksmithHow To Use A Lishi Pick & Decoder 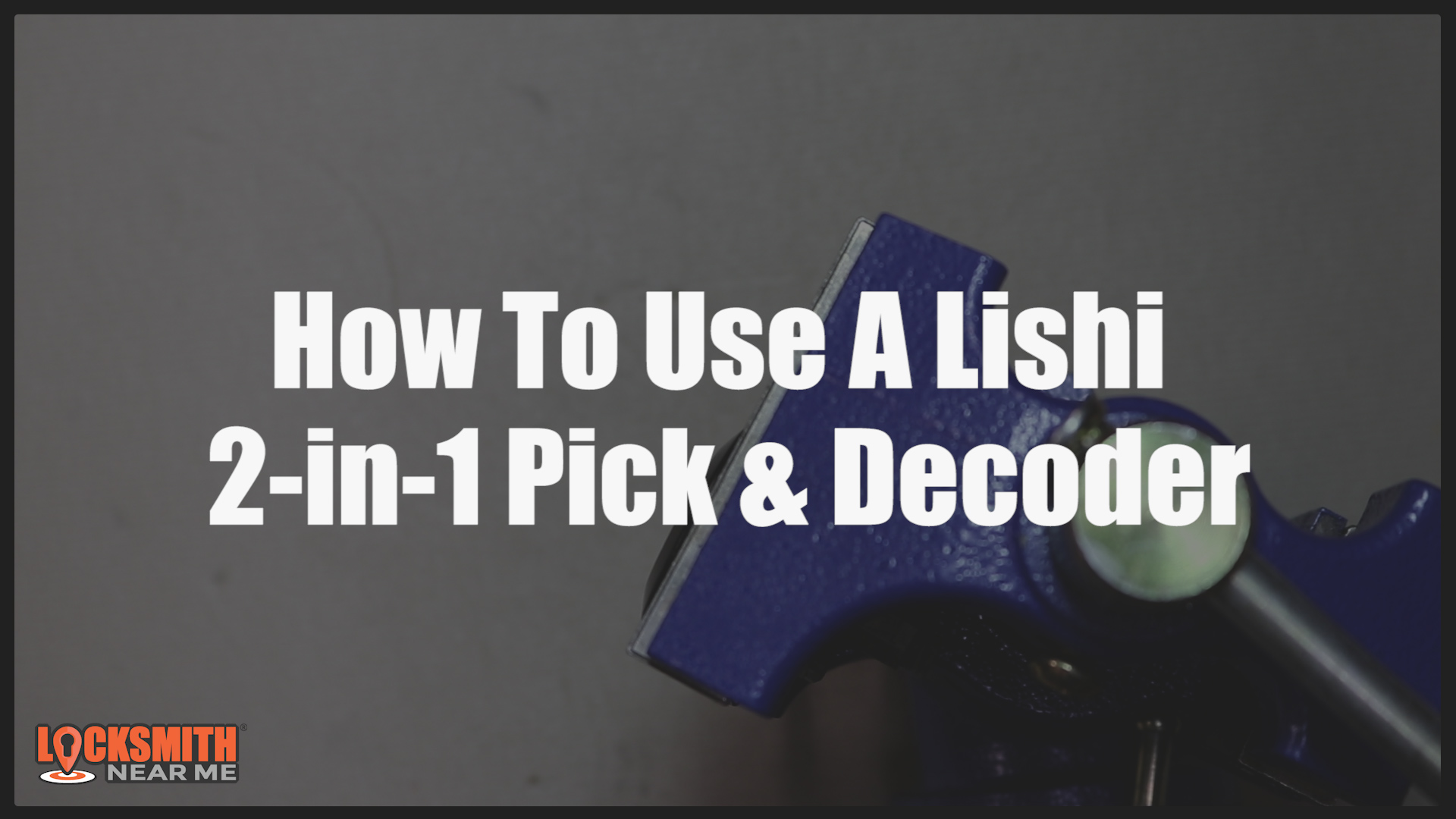 How To Use A Lishi Pick & Decoder

Locked out of your car and lost the keys? In this video we show you how to pick and then decode a Ford door lock.

This is a Ford door lock. This is a Ford ignition door and trunk two in one pick and we’re going to pick this lock and then decode the cuts in the key that would fit this.

So, we can stick that in there, this is our tensioning tool, we’ll lift that up out of the way, then we insert the picks all the way to the back. Then we’re going to apply tension and then try and find each of these numbers is the wafer location the vertical lines the horizontal lines are the depths of the cut of the key to align those wafers properly in the cylinder to open the lock.

So, it doesn’t look like there’s a four there we’re not getting any springiness there. I’ll go to six and we see a little springiness there so we’re going to gently push down we got a click. Five. Four. Three. Two, we’ve got a false set, go back to six. And then we’ll decode it. Six looks like a three cut, five looks like a two, four is a three, three is a two cut, two is a two cut, and there’s nothing in one.

There we go there’s our code. So now we would cut a key to those corresponding depths and it would unlock the door. An ignition has as many as 10 wafers. So we would use six through two that we decoded and then put that into a software program that is subscriber based and then you’ll have as many as four or more options as to what those remaining cuts could be to be able to make these existing cuts and the additional three or four cuts correspond to an ignition key that would also turn the ignition. And then the next step after finding that out, is programming the transponder chip in the ignition key to be able to start the car.